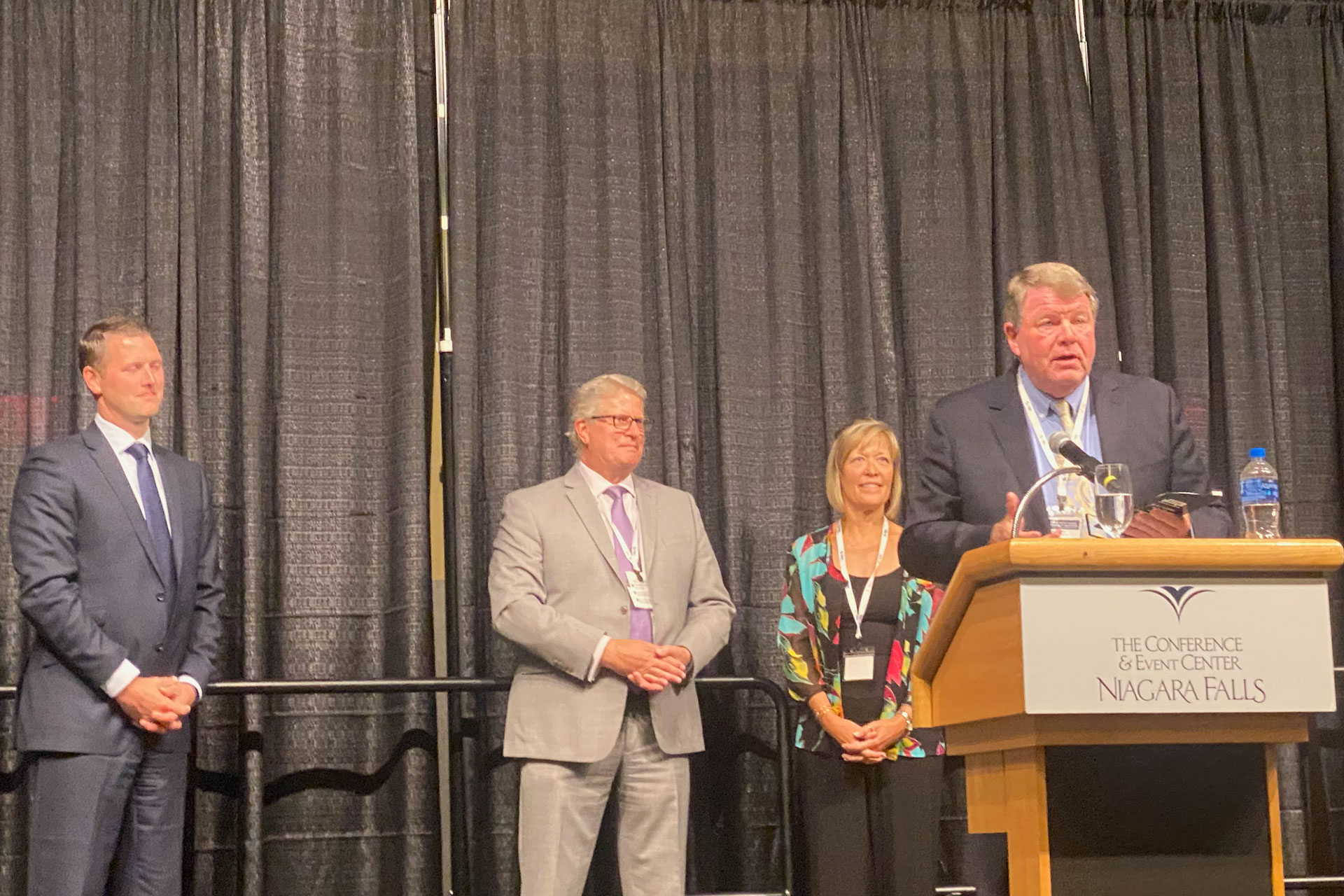 School Transport News joined the NSTA as the company’s inaugural award sponsor this year. Kellie Dean, owner and president of the company, was first named winner of NSTA’s previous Individual Entrepreneur of the Year award in 1995. The company has won numerous awards during her tenure. Dean, including a 2010 Gold Level Green School Bus Fleet Certification from the NSTA. for the implementation of a hybrid-electric school bus.

“This year, NSTA is pleased and proud to have partnered with STN for a new Entrepreneur of the Year award,” said NSTA Executive Director Curt Macysyn. “On behalf of the NSTA, we would like to express our gratitude to Kellie, Patrick and Christopher Dean for their unwavering support of the NSTA over many years. Congratulations to Dean Transportation for a job well done and best wishes for future success.

Patrick Dean, who is also vice president of the NSTA for the 2022-2023 school year, joined the company in 2007 and assumed day-to-day leadership. Christopher Dean joined the team full time in 2013 and is the Chief Innovation Officer.

“We are honored to receive this recognition as Entrepreneur of the Year,” Kellie Dean told STN. “This recognition is a testament to our team’s hard work and commitment to innovative, safety and service-oriented student transportation. I am proud to share this award with our Dean Transportation family and appreciate the industry recognition.

Dean was instrumental in forming the national conference Transporting Students with Disabilities and Preschoolers National (TSD), produced by Roseann Schwaderer of the Edupro group in 1992.

“The success and recognition of Dean Transportation is so well deserved. Kellie Dean is an incredible leader, is and has been a pioneer in transporting students with disabilities and has been instrumental in asking the tough questions to make wheelchair transport safer,” commented Alexandra Robinson, Full Member of the TSD conference faculty. “Kellie encouraged Roseann Schwaderer to push the boundaries of her work by starting the annual TSD Conference. Her guidance has helped me since I started my career over 30 years ago, and her knowledge continues to do so for many others across the country.

STN acquired the conference from Schwaderer in 2014 and has since renamed it Transportation of Students with Disabilities and Special Needs. But its original mission to connect student transporters with special education administrators and other support staff and educate staff on the intricacies of paratransit has endured. Fred Doelker, Director of Training for Dean Transportation, often speaks at the TSD conference on safety topics. He is also a regular instructor for the eight-hour National School Bus Child Restraint Training approved by the National Highway Safety Administration.

The company that eventually became Dean Transportation was founded in the early 1950s by Eric Christianson to serve students with polio who attended schools in Lansing, Michigan. Lyle Stephens, a former Michigan State Police trucking lieutenant and passenger safety expert who also helped lay the foundation for the TSD conference, took over in 1969 and renamed the company Special Transportation, Inc.

Stephens was named Entrepreneur of the Year by the NSTA in 1987, a year after Kellie Dean joined Special Transportation. Previously, Dean was a special education teacher and transportation administrator in the Lansing School District for 14 years and was named Michigan’s Top Special Education Teacher.

In 1991, with Kellie Dean taking ownership after Stephens’ retirement, the company became known by its current name. Within three years, the company added the Dean Trailways line of charter services. Now named Dean Charters and Tours, the line is one of the largest coach providers in the state.

Meanwhile, Terry Thomas, who served as NSTA president from 1999 to 2001, was inducted into the association’s Hall of Fame.

Get an Excavation Contractor License | Services