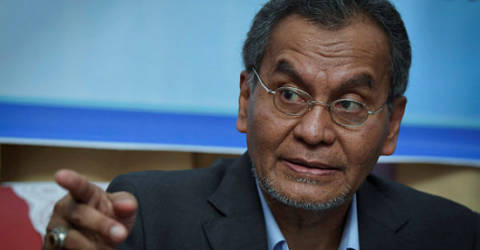 KUALA TERENGGANU: The Ministry of Health today ordered the immediate termination of the services of the contractor responsible for the construction of the Kampung Raja health clinic project in Besut, Terengganu.
Its minister, Dr Dzulkefly Ahmad, said the project was one of 24 “sick projects”, involving 12 clinics, 10 hospitals and two quarters, detected by the ministry which had previously warned the contractor, Zimacon Sdn Bhd five times. , for failing to comply with established standards and specified period of time.
The project which started in 2017 was due to be completed on February 3, 2019 with 59% of construction having been completed to date, but only 29% has been completed despite around RM9 million paid.
“We found out that the project contractor had problems, especially financial ones, and was unable to rectify the situation in the near future. Strict action against the contractor should be a lesson for other people. involved in building hospitals and clinics, ”he said.
He was speaking at a press conference after visiting and listening to briefings by senior health officials at Sultanah Nur Zahirah Hospital, here.
The ministry was determined to improve the infrastructure of hospitals and clinics over the next five years and stressed that the same decision would be made against contractors in other states due to various complaints received by Pakatan Harapan since he took power, said Dzulkefly, who previously issued a warning to the project contractor at Petra Jaya Hospital in Kuching, Sarawak. – Bernama