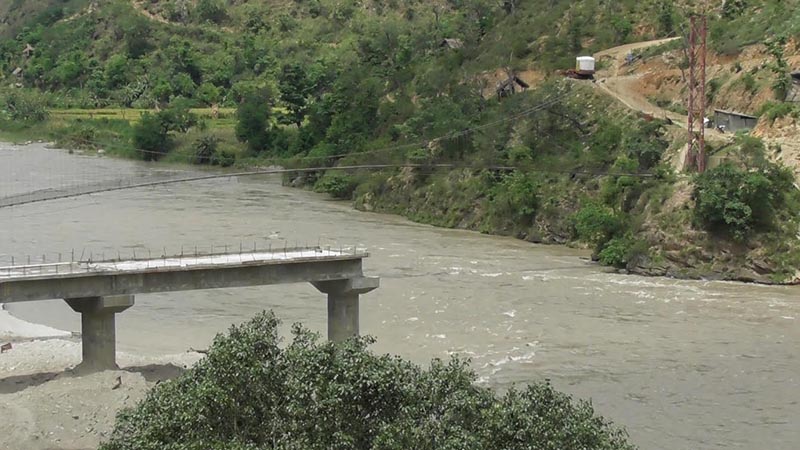 Bridge in limbo as a subcontractor, workers flee the project site in Panchthar

The bridge under construction over the Tamor River was left in limbo after the contracting company and its employees fled from the Panchthar yard.

The Chitwan-based Swochhanda Construction Company won the contract to build the bridge over the Tamor River at a cost of 170 million rupees seven years ago. Construction was to be completed and delivered in four years, but even after the deadline was repeatedly extended, the bridge remained incomplete.

They started construction the year the contract was awarded.

Contractor Jayaram Lamichhane and other staff fled the site last year as construction was half-completed.

Vehicles were unable to travel along the 45-kilometer road that connects the headquarters of Panchthar Phidim to the headquarters of Terhathum Myanglung because the bridge is not yet completed. Two-wheelers and pedestrians, however, crossed the river using a suspension bridge.

Residents accused Lamichhane of neglecting the bridge by influencing Department of Road employees because of his political ties.

We learn that the contractor must pay Rs 2 million in total to employees and suppliers for construction materials and hotel costs.

Lamichhane, however, said he was busy in Kathmandu with technical works related to the bridge and would settle all monies owed to his creditors in the near future.